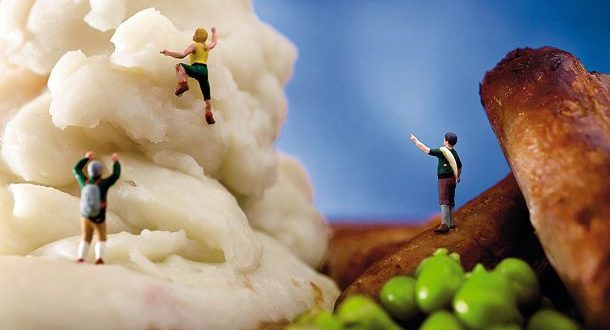 About Cinematic Techniques in Photography

There is a technique for creating photographs called the “series.” This technique conveys how a person actually perceives the world. The photographer is used to seeing the world in instants – individual moments of time that last a split second, and at the same time tell the whole story in one frame. The cameraman takes 24 frames per second. He sees the world not in separate moments, but in a sequence of such moments.

The secret to successful shooting lies in the combination of such ways of seeing and thinking – moments and time.

An example of such a series, shot by photographer Chris

The first shot with a general plan shows the location (location) of the series.

A long-range shot places an object in a location.

A medium shot introduces the viewer to the subject.

A close-up shot establishes a connection between the viewer and the subject.

A very close-up shot shows what we usually don’t see or do not pay attention to.

Why does it work?

In cinematography, there is such a thing as a set of standard plans, where the word “plan” means the distance in the frame from the camera to the subject. The main cinematic plans are a general plan, a long-range plan, an average plan, a close-up, a very close-up. Each plan forms its own layer in the construction of history. This idea of ​​a series of plans can be used in photographic storytelling. Such a series creates a complete picture that would be difficult to convey through one image. 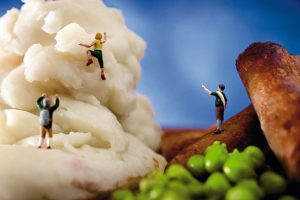 A series of photographs begins with a storyboard.

The storyboard describes the key elements and order of the photos that will be included in the series, and begins with a set of signatures.

For example, a series of pictures by Chris Weston called “Fishing”, which tells about brown salmon fishing during summer migration to Alaska.

First, the author of the pictures wrote a list according to which a certain sequence of photos reveal a given story.

From these sources a visual narrative is obtained and the very story is compiled, which then will need to be told in a series of photographs.

As soon as the photographer has a ready-made list, he adds drawings (frame sketches) to his storyboard. This method is known as visualization.

Outlines on paper show how the author imagines the future frame, and it is from this sketch that he calculates the settings of the camera, chooses which lens to work with, what are the best viewing angles, what composition.

It is worth noting that storyboard does not have to be a physical process. Writing signatures and drawing sketches on paper is good, but with experience comes the skill to compose such a storyboard, signatures and composition of frames in the mind.

For individual frames, composition is still crucial. Each frame should tell its own part of the story – clearly and without distractions.

Probably the main reason why viewers sometimes cannot interact with photography is because the frame contains too much competing and conflicting visual information – these are unrelated objects in the frame that distract from the central object. The picture should not contain anything that is not related to the story that it tells.

The art of exclusion

The task of the photographer is to identify those objects in the frame that require inclusion, and remove those that distract. Thus, photography is the art of eliminating excess.

To create an effective series of photos, you need to carefully consider the details of each image in the series. Check if the visual element in one image, without conflict with this particular image, can conflict with other images in the series. Again, we are talking not only about the moment, but also about the sequence of moments.

Below is an example in which it is worth dropping one photo located at the top right, because the sky color is too distinguished from the rest of the images, disrupts the visual flow of the series and conflicts with the other three images in the set. Each frame should tell its own part of the story without disturbing others.

The tools necessary to remove excess visual information from the scene are in your camera. The most obvious is the physical cropping of unnecessary objects from the frame by either moving the camera closer to the object, or switching to a lens with a large focal length.

But pruning may be undesirable. For example, it would be impossible to crop the entire background directly behind the animal. In these cases, you should use focus, a certain depth of field, or creative exposure to hide unwanted information.

A perfect example of the latter option is the silhouette, where the underexposure of an object hides four of the five design elements – line, color, pattern and texture – to leave only the form as the only element with which the viewer can determine the nature of the subject.

It is this simplicity, lack of visual information, that makes the silhouettes so impressive.

When you create an image composition, you should think about what happens before and after the moment of this image.

For example, one of the frequently mentioned rules in photographic composition is to let the subject look from left to right, as this reflects how our eyes perceive information (you read this article from left to right).

However, for example, a set of three images will look unbalanced if all objects are looked in the same direction in all three images. It’s better to create symmetry here. Let the object look to the left in one shot, to the right in the other, and straight in the third.

Each image in the series should relate to a central theme that combines history. Think about the structure of the book, which has a title and is divided into chapters. Each chapter is related to what was before and after, And when you combine all the chapters, you get a book.

How to create a series in five easy steps

The key to creating a good series of photos is to plan your shots and take pictures according to the “scenario”. At the same time, your series of shots will turn out to be well-structured, it will not look like a “portfolio patchwork”, which consists of few interconnected images. Your series, done by the rules, will combine the power of a single shot with the continuity of the movie.

Examine the subject. Find out more about your property. In order for the series to be interesting, it must tell a story that has not been told before.

Create a list of photos in the series. At this stage, this list does not have to be in any particular order. Just make sure you don’t miss anything.

Visualize the images. Think about what the photograph will look like, draw it on paper. This will help you not to miss the right moment for the picture.

Take a picture. At the same time, the pictures that make up the series do not have to be taken in one session.

Lay out the photos. When collecting images in a series for display, think about how they will be presented to the viewer. Symmetry, balance and communication between images (as well as in separate frames) – all this plays a role in creating a series of photos.

Previous How to Increase Image Resolution
Next What to install first: implant or braces?