What traffic actually comes to Direct, even if you’re an honest person

wwwuniversalblog Digital Marketing Comments Off on What traffic actually comes to Direct, even if you’re an honest person 318 Views

“Dark”. And this despite the fact that your site does not open in an additional tab, you filter the transitions from satanist sites and do not catch visitors to content projects.

The term “dark traffic” refers to traffic to a site where the source of the traffic remains unknown.Back in 2013, president of one of the leading publications of The Atlantic, admitted that he and his employees have no idea where 25% of readers come from. Since then, the amount of “dark traffic” has grown markedly among all publishers. According to estimates by Chartbeat , a web analytics company , this figure last year exceeded one third of the media audience. And if we talk about mobile traffic, then it approaches half.

Where can dark traffic come from and how is it reflected in analytics?

In the vast majority of cases, analytics services display calls from undefined sources in the Direct category. Although initially only transitions from the “Favorites” and the links entered in the address bar of the browser were supposed to get there.

It is difficult to assume that the average user can actually dial manually:

But from the direct to this material came 488 users. That is, we can’t say exactly where these 22% of users who viewed the material came from.In practice, the user clicks on the link in some messenger. After this, a new tab usually opens in the browser, which analytics services count as a direct call.According to media experts , a large share of the “dark traffic” comes from the instant messengers Facebook Messenger, Google Hangouts, WhatsApp, Snapchat, Slack, WeChat.It can also be visitors who copied the link and pasted it directly into the address bar. It also includes transitions from emails or SMS. 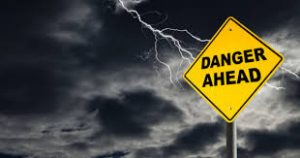 Where else can dark traffic go from?

As a result, it turns out that there is a whole environment where users interact very actively with content. But publishers have no idea what is going on there.

Why does publishers care?

Publishers have 2 tasks. Bring the user to the site and make sure that he stays there for a long time. High traffic and high engagement sites can sell more advertising.But even to guess where the user comes to your site from becomes more difficult every year. Because the number of content distribution channels is very large.

It used to be: hung on the main post, everyone grabbed it, left each other in ICQ – everyone is happy. Now there are an incredible number of channels. Starting from direct messages on WhatsApp, Telegram, Skype, Facebook personal chat, mail, social networks. In social networks, some public may be picked up, and someone can directly repost from the site to the wall and from there it went and went along the chain.Information about traffic sources gives the editorial staff an understanding of in which channels users find publication content. Which channels should be developed, and which ones can be left to chance. Which users are the most loyal? Which media make more money? And now it turns out that the most advanced and at the same time simple channels, like instant messengers and mail, are not displayed objectively in analytics.

How to understand that something is wrong with metrics?

Marketing Director and co-owner of Link-Assistant.Com

The number of real direct visits to the site usually ranges from 10-20% . If this figure is less, you should consider brand recognition. But if this figure is too high, you are migrating to the sphere of “dark” traffic. This means that the data in your analytics is distorted. While the number of direct visits is artificially high, conversions from email and social media are, on the contrary, underestimated. This is how “dark traffic” works.

Is there anything you can do with this?

The number of tools with which you can somehow identify “dark traffic” is very limited.

The newspaper has achieved more or less distinct successes in the field of studying “dark traffic”. She has incorporated this feature into her Ophan editorial tool. The essence of the method is to track the life of individual publications. For example, if an article gained popularity on Reddit, and “Reddit” did not appear in the traffic sources, the editors conclude that the transitions come from one of the mobile applications that does not share data.

But even considered the foremost in the fight against “dark traffic”, has no idea about the origin of 10-15% of visits to her site.Some publishers flash with link tags in mailing lists. You can track the bursts of mentions of a publication on social networks and compare them with the growth of direct traffic. The Chartbeat chart, which shows how the sharp increase in “dark traffic” (the second column above) initially coincides in time with the surge in mentionability of the publication on Reddit, and then with the growth of its popularity on Facebook.

How to work with traffic from unknown sources?

If you can’t develop the distribution channel outside the site, you can develop distribution channels and process the “dark” traffic inside the site. That is, to offer each user relevant content already when he came to your site.So that he would then drop off to his friends links in a telegram, a Facebook messenger, or whatever is more convenient for him. And the channels that the publisher cannot control did work anyway.

Recommended algorithms help distribute content within the publication so that each user receives the most relevant articles. You can configure several blocks on the site in such a way that they form a complete infrastructure that will allow the visitor to take the most interesting and long way. He will stay on the site longer and look at more pages. As a result, the publisher’s task remains complete. Along with the development of user habits of “dark” traffic is becoming more and more. But “dark” traffic is not necessarily lost. 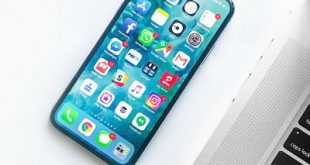 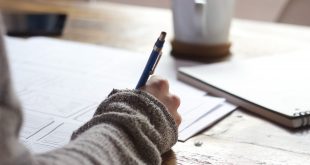 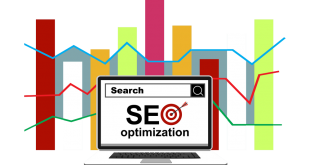 Let’s get right to the point, without mincing words, so at least you immediately understand …