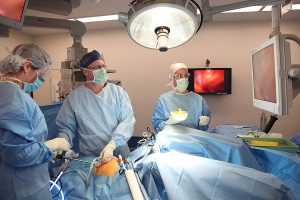 We undertook a qualitative study using semi-structured focus group interviews with patients who were undergoing bariatric surgery. The purpose of these focus groups was to gain a better understanding of patient experiences following bariatric surgery. Focus group participants were asked to discuss lifestyle changes, their health, their psychological well-being and their social relationships. For this manuscript, we focused specifically on the psychological and social changes.

Patients undergoing bariatric surgery were recruited from four hospitals affiliated to the Bariatric Surgery Cooperation (MBSC). The MBSC is a nationwide clinical registry and quality improvement, including over 70,000 bariatric surgical patients. To ensure a wide range of perspectives, we actively sampled participants based on gender and geography. BSC site co-ordinators have identified post-surgical patients who have been contacted by telephone and email by the study team. Those who agreed to participate in the focus groups gave informed written consent and received financial compensation for their time.

Eleven focus groups were held between February 7, 2014 and March 28, 2014. Each focus group, which lasted each hour, was conducted by a professionally trained supervisor. The semi-structured interview guide was developed in conjunction with patients, bariatric surgeons, medical weight loss specialists, nurses, dieticians, professional organizations (ie, Metabolic and Bariatric Surgery and the Association of Gastrointestinal and Endoscopy Surgeons), and members of private company insurance. A summary of the focus group issues relating to psychosocial experiences is shown.

Each focus group was recorded and video recorded and a word for word recorded. Four members of the research team, including a bariatric surgeon (AG), a primary care doctor (GP), a surgical resident (AI), and a non-doctor with a Masters in Public Health (NF), conducted an independent review of a subset of writings.

Codes and definitions were created during consensus conferences using a theory based approach. Specifically, initial codes were created to illustrate the main topics in the interview guide, and then these were grouped into themes and sub-themes to illustrate the patterns and concepts emerging from the data. When the codification scheme was established, all four transcripts were coded independently by the four investigators. These investigators then met to review their coding and to resolve all the differences. Few new codes arose following the review of 4 transcripts and no new codes emerged following a review of 8 transcripts. After 11 focus groups, we reached data saturation, and therefore did not form additional focus groups. We considered that each theme and sub-theme was to understand its relative frequencies within our data. All transcripts were coded in (QSR International), a qualitative data analysis computer software package.

All interviews were re-written. A book was developed with 4 authors independently reading a transcript, developing codes, and filtering code definitions by consensus. After the first developed, the codebook is as applied to a new transcript, and again refined by the author’s consensus. After 4 iterations of book refinements, the code of transcripts was coded.

Finally, we discussed our themes and subtitles over the phone with a subset of six EHO Patient Advisors to ensure that our findings did not ignore important experiences among bariatric surgical patients. The HIP Patient Advisory Program is a partnership between the MBSC and post-bariatric surgery which aims to bring the patient’s voice to the design, operations and progress of the MBSC program. The Patient Advisers believed that our results were the psychosocial experience of individuals following a bariatric surgery.

What Is Hysteroscopy? Why Is It Done? 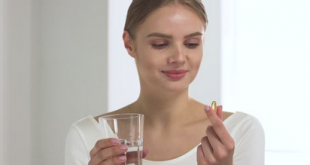